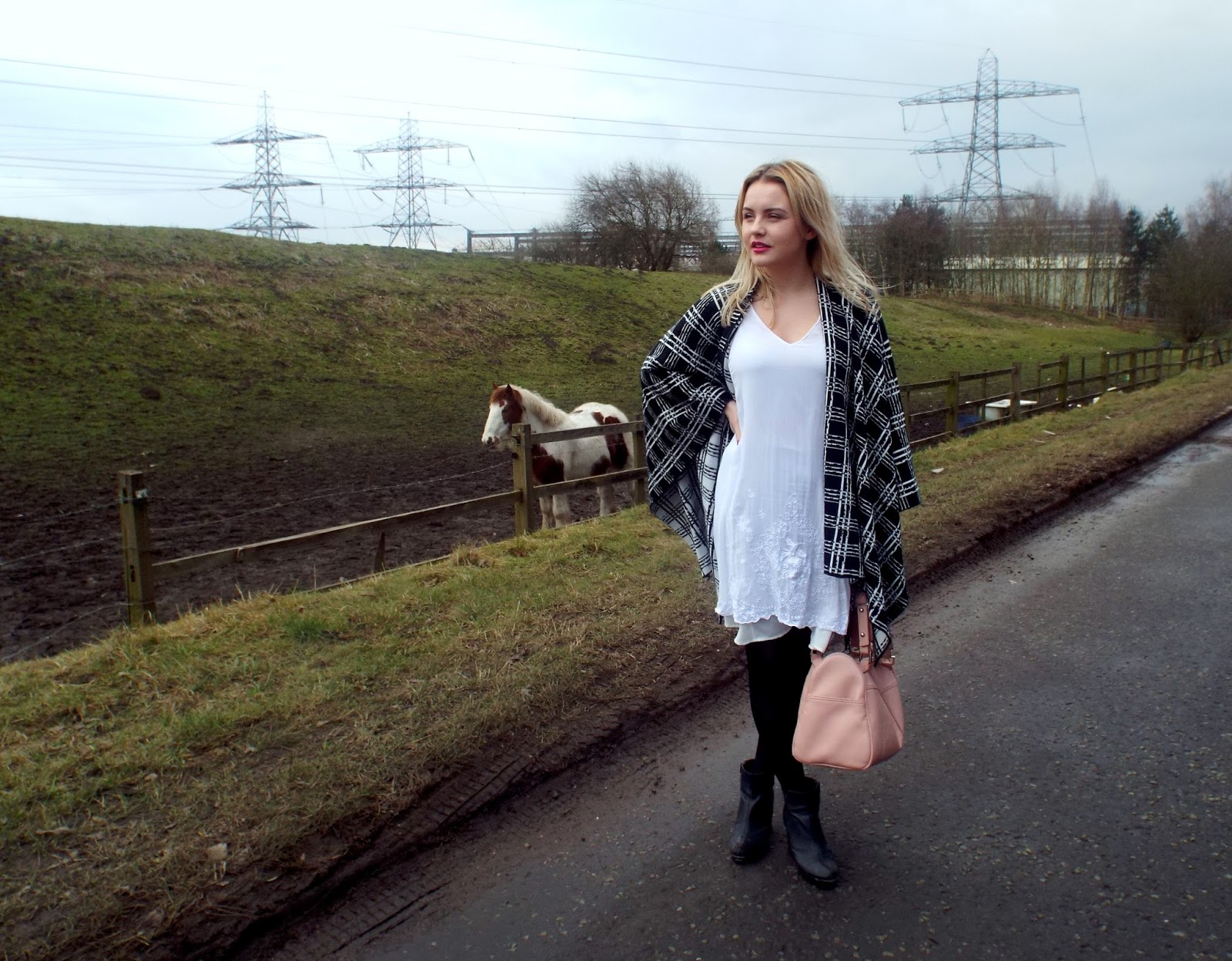 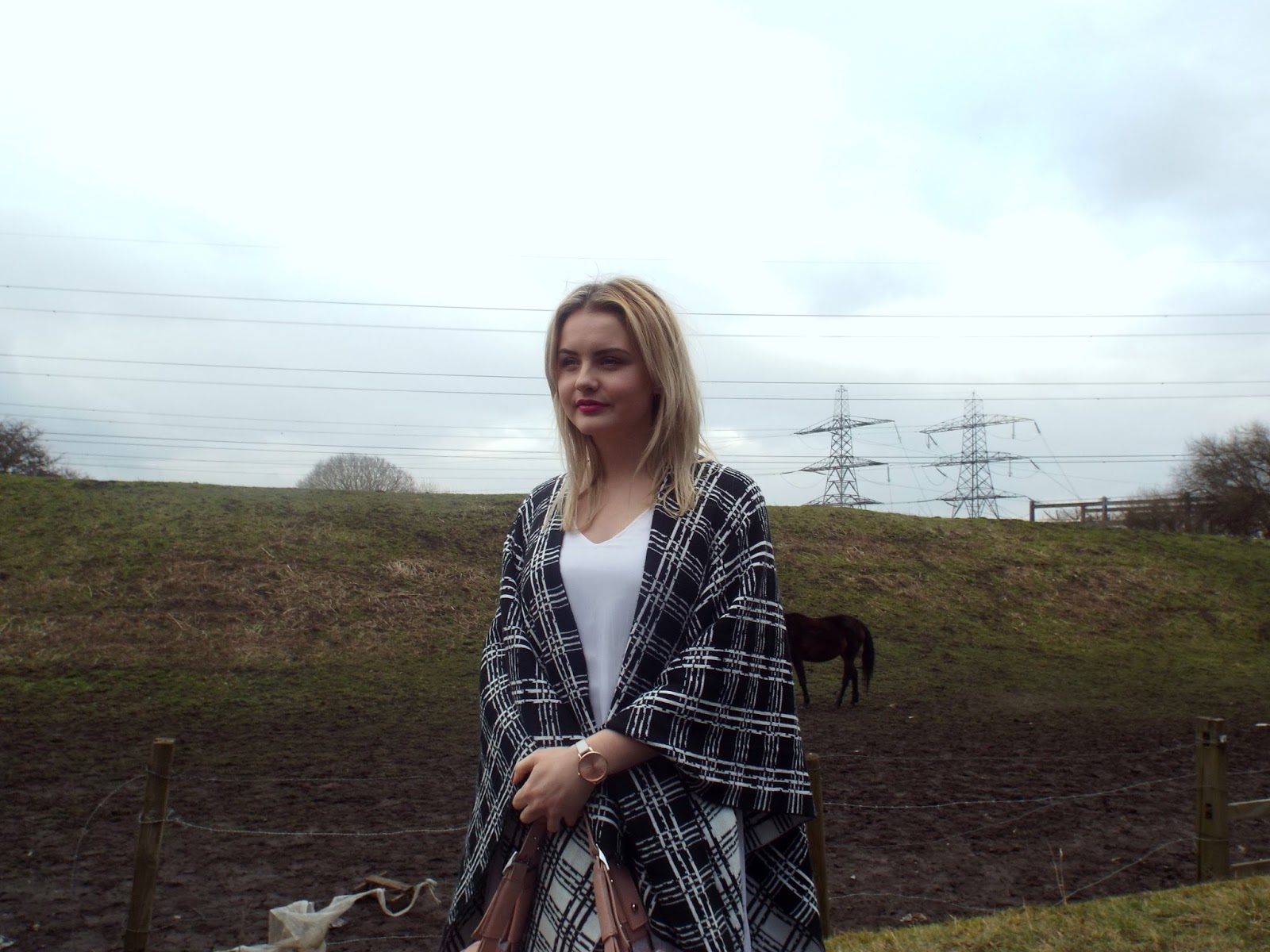 As a strong believer in monochrome, I instantly fell in love with this poncho.

As I have said before, and will likely say again, I don’t believe that you can have enough monochrome in any wardrobe… it literally goes with everything! Lucky for my boyfriend, we spent valentines afternoon taking these photos on a secluded road near Carrington. We did meet a couple of friends though, I fell in love with one particular horsey. We did have quite a lot of fun taking these photos, which you will see at the end of the year in ‘the photos that didn’t make it in 2015’ as I have already put a few to the side seen as though the 2014 version was such a success. After all, as I have said before, if you can’t make blogging fun, then why do it?

I decided to polish off the otherwise completely monochrome outfit with a pop of dusty pink in the form of this gorgeous French Connection bag and the Olivia Burton watch that I was given as a 21st gift from my Mum. 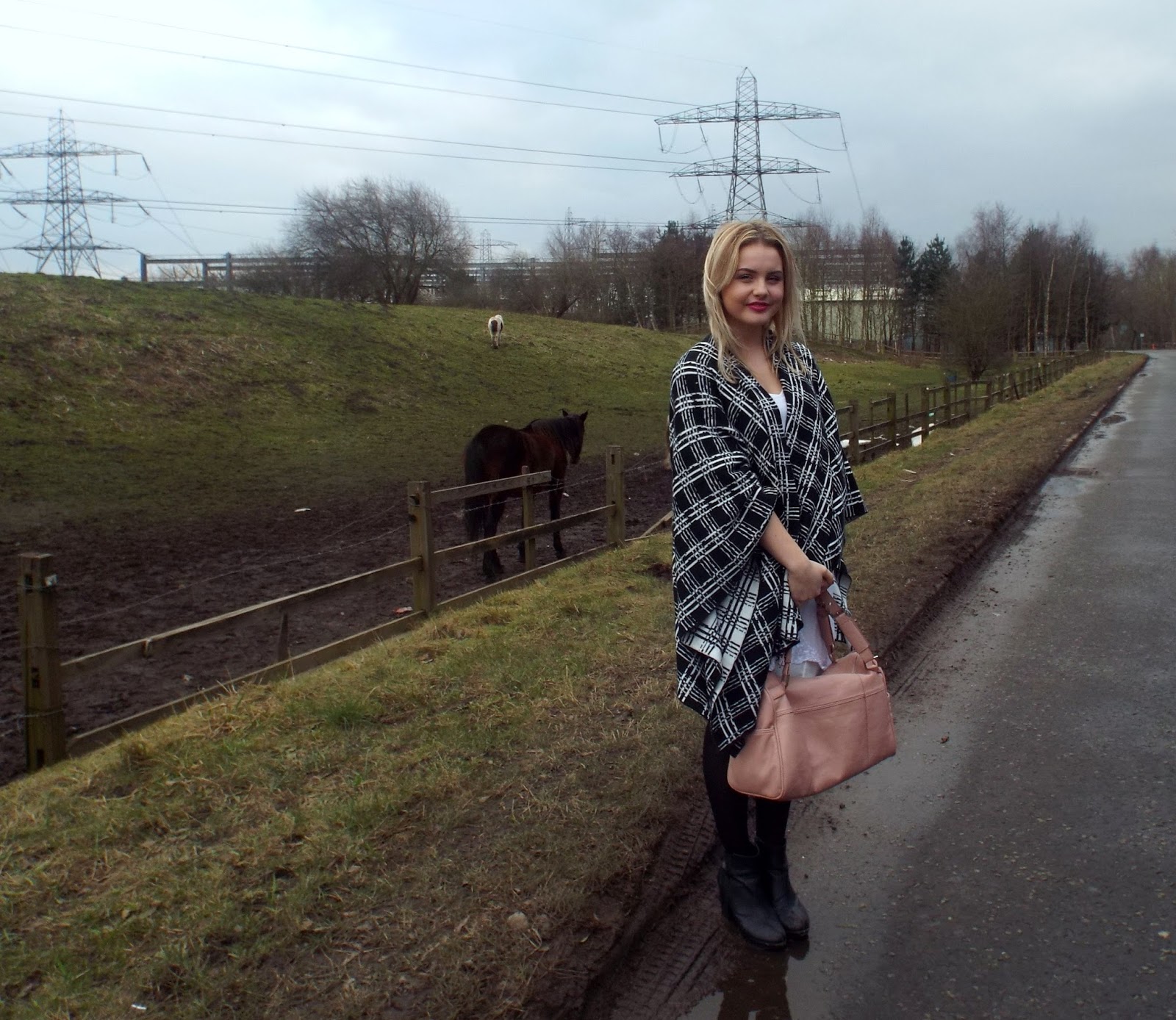 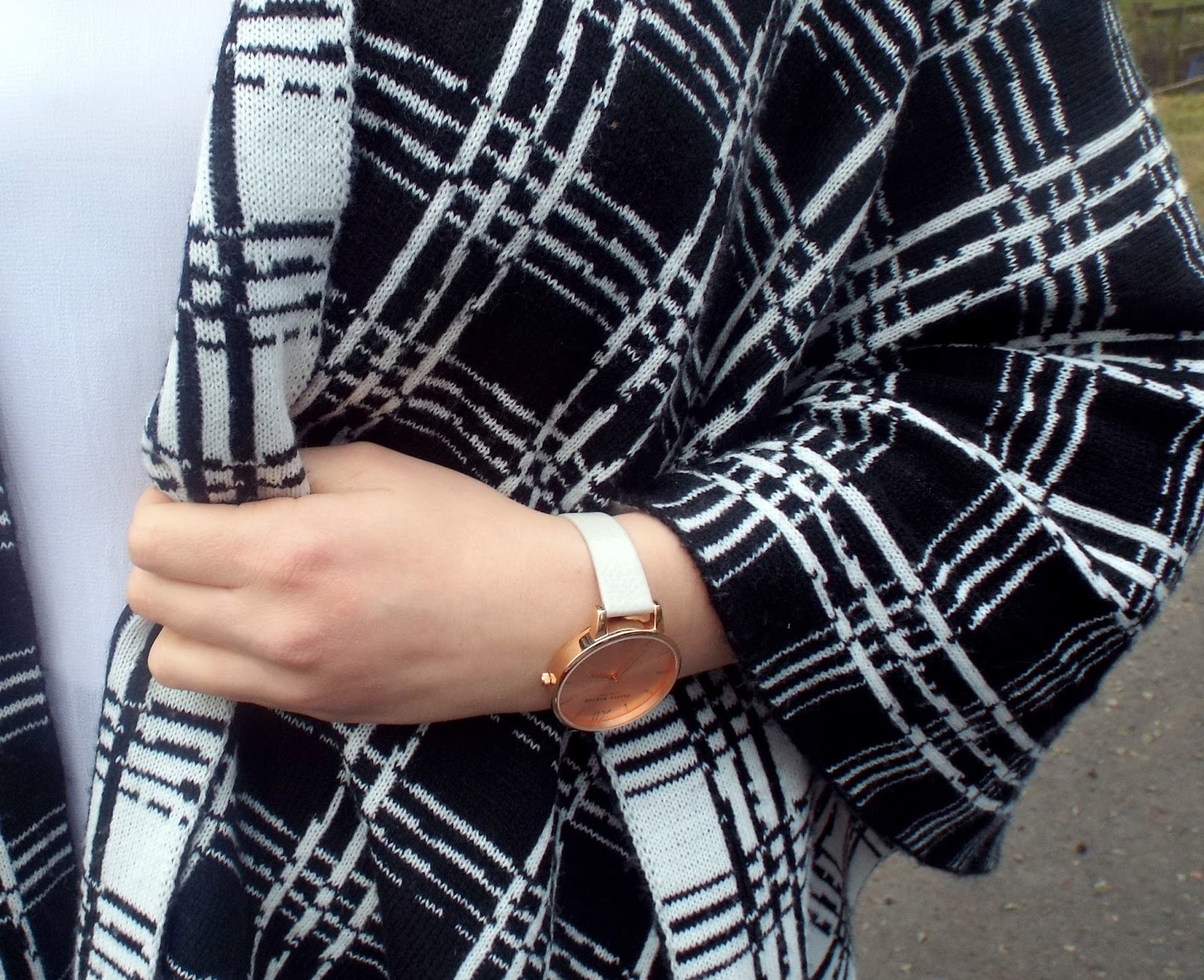 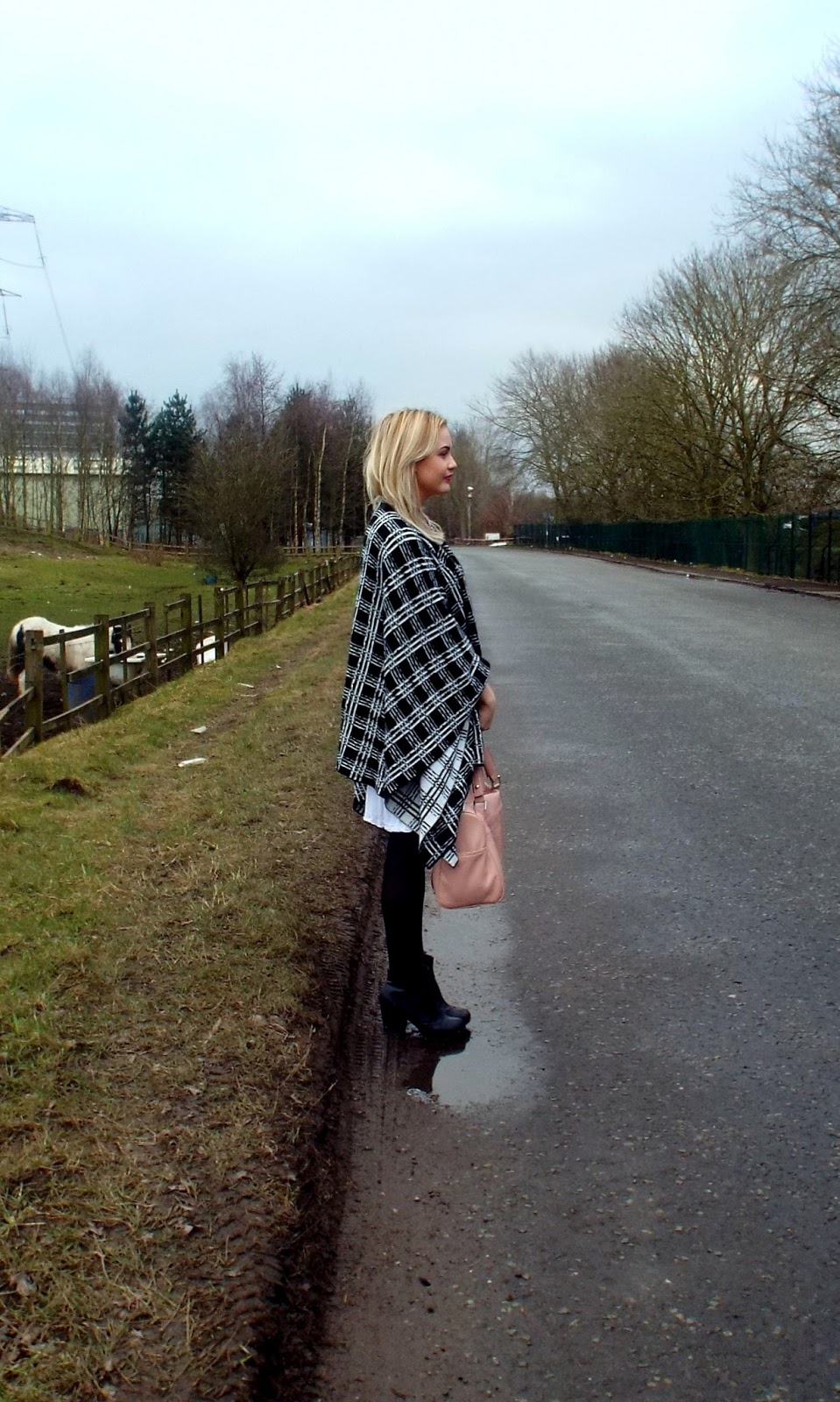 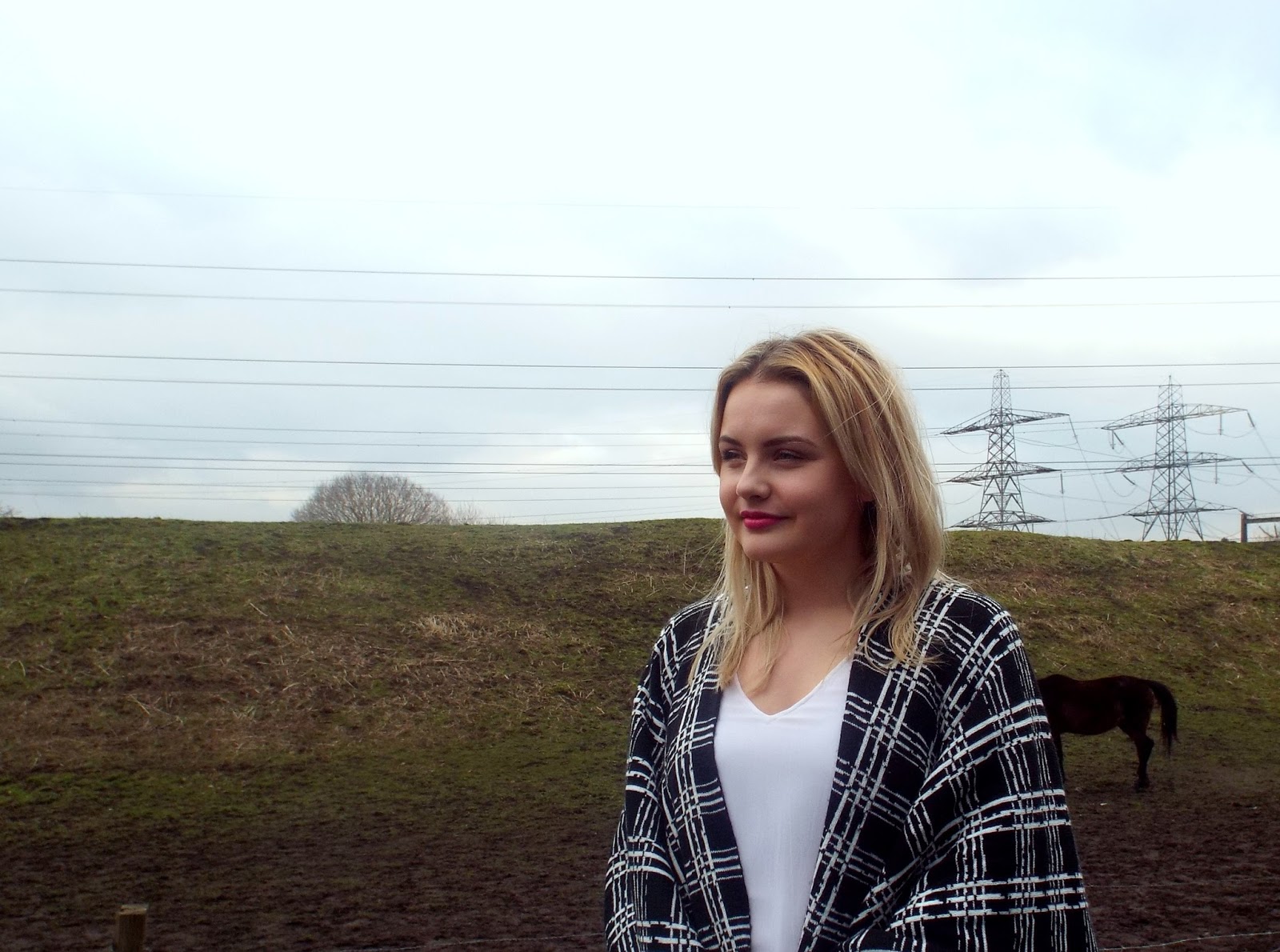 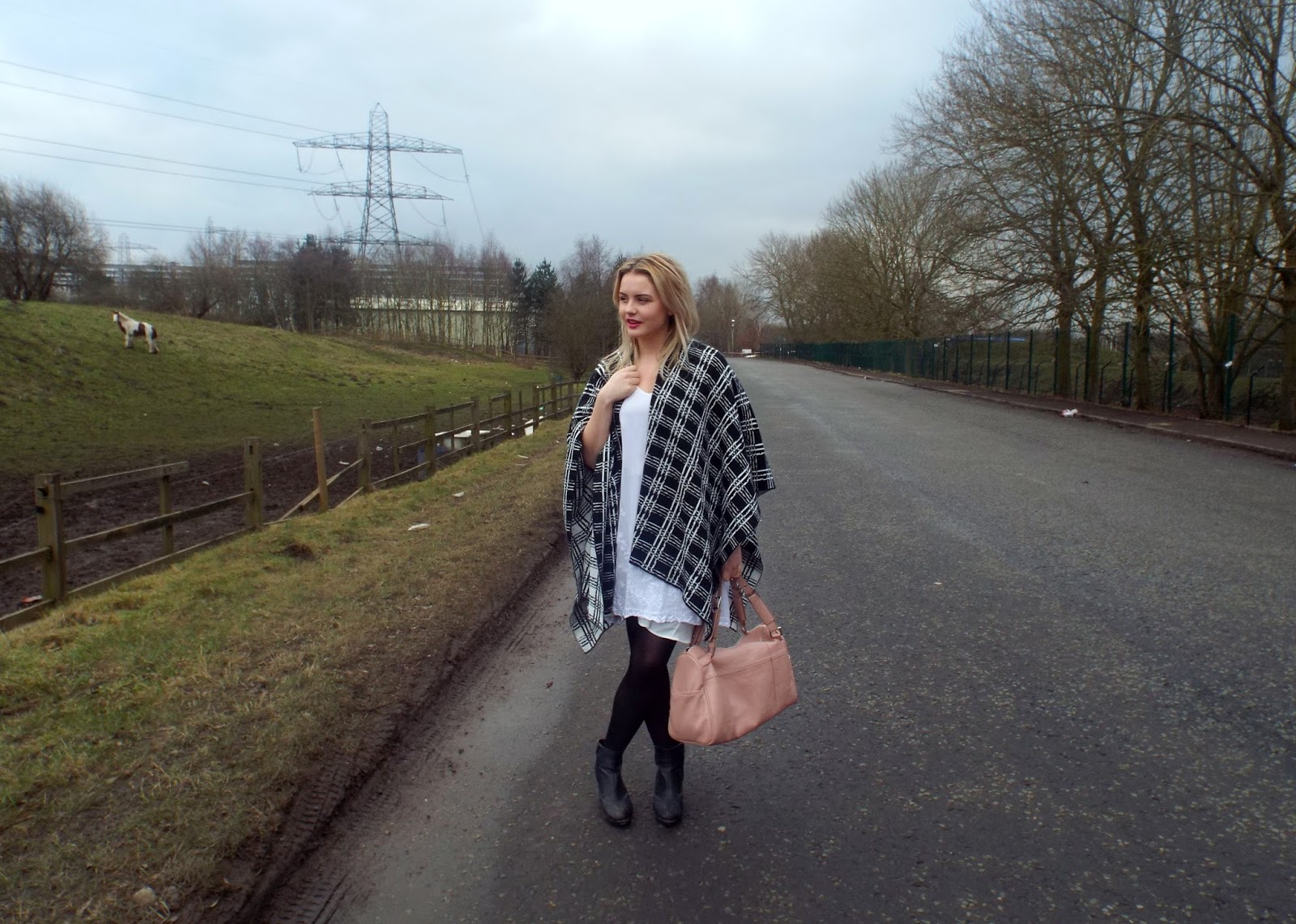 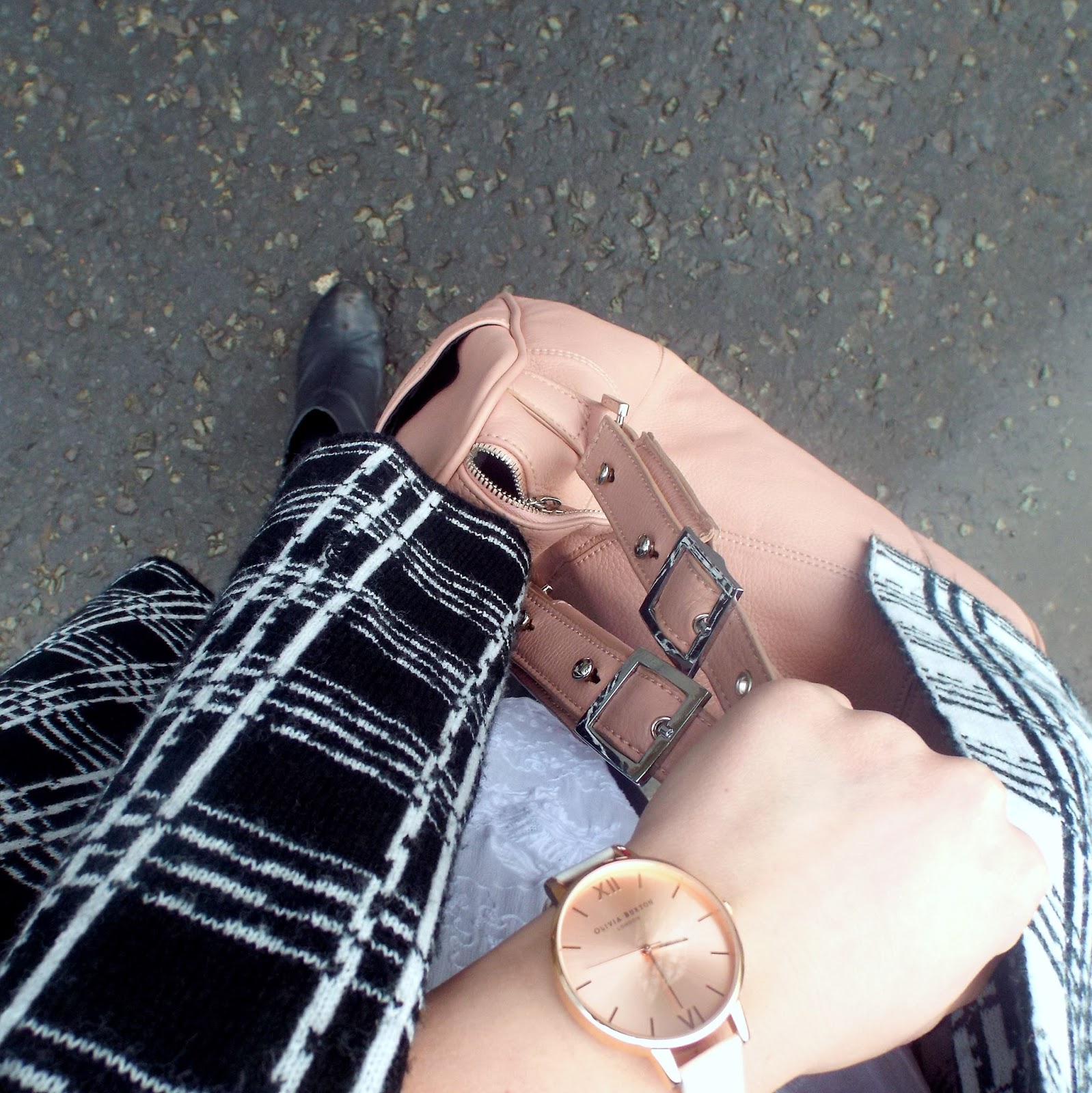 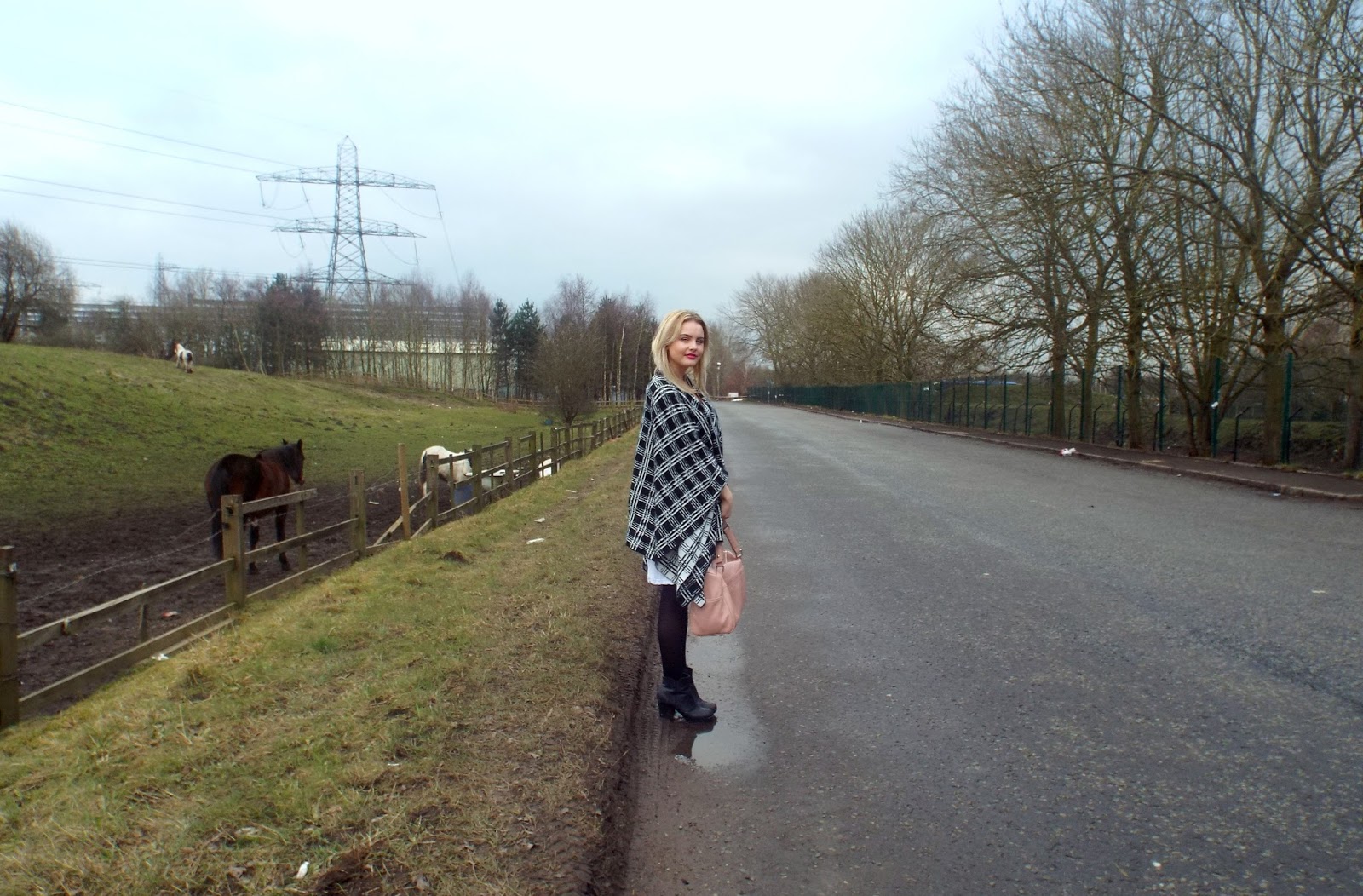