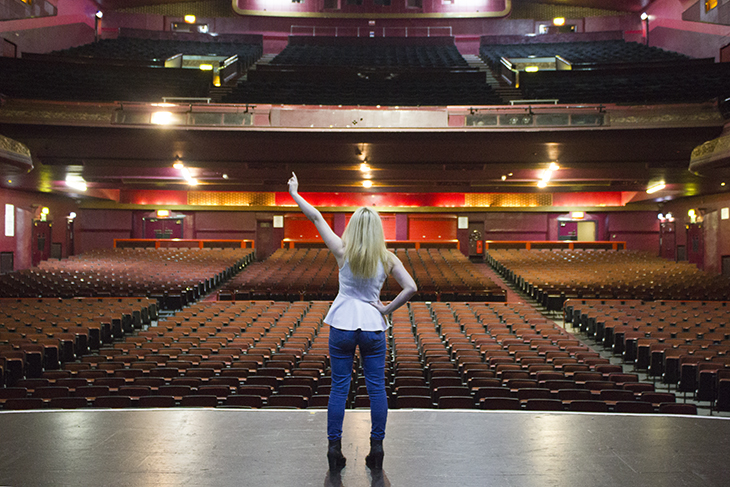 I feel like such an awful blogger for leaving this so late to post about. I was originally going to post it just before my holiday which would have made it 2 weeks after it should have been posted, which I think is a bit more acceptable, but packing for a holiday after you have just moved out of uni for another 16 months can turn into an unorganised nightmare – especially when you have as much stuff/junk as I have!

Around a month ago I was incredibly fortunate to be invited to the O2 Apollo in Manchester along with Irena from Irena D World and Sarah from Sequin This who were absolutely lovely. We were given a full tour and even got the chance to go backstage, which was surreal really, knowing that Legends had been there (Including the likes of The Beetles and Oasis!). I have actually never been to the O2 before, in fact I have only ever been to a total of three concerts – The Tweenies Live, The Spice Girls and Key103 Live three years ago. It’s pretty shameful. This experience has made me realise that I really need to start going to see more concerts and gigs, because in the future I might end up regretting that I could have seen legends, like the ones I know I could never have seen/ see now if I tried (The Beetles for example).

The manager Phil, who took us round knew all of the ins and outs of the place, including the history of it which was so interesting to hear about. Back in the day, it was used as a cinema, a place to dance and a place to dine too! We were taken to the O2 priority room which is no doubt the coolest room I have ever seen. It was created specifically for O2 customers, as a little reward I guess for choosing them as their provider. I have to say this did make me a little jealous, Imagine how cute it would be to chill out in here before and after the show! It has the most amazing bright blue walls, filled with loads of fancy photo frames, with some of the great artists that have performed there in the past. These include Morrissey, Blondie, and of course, my favourite, Noel Gallagher. 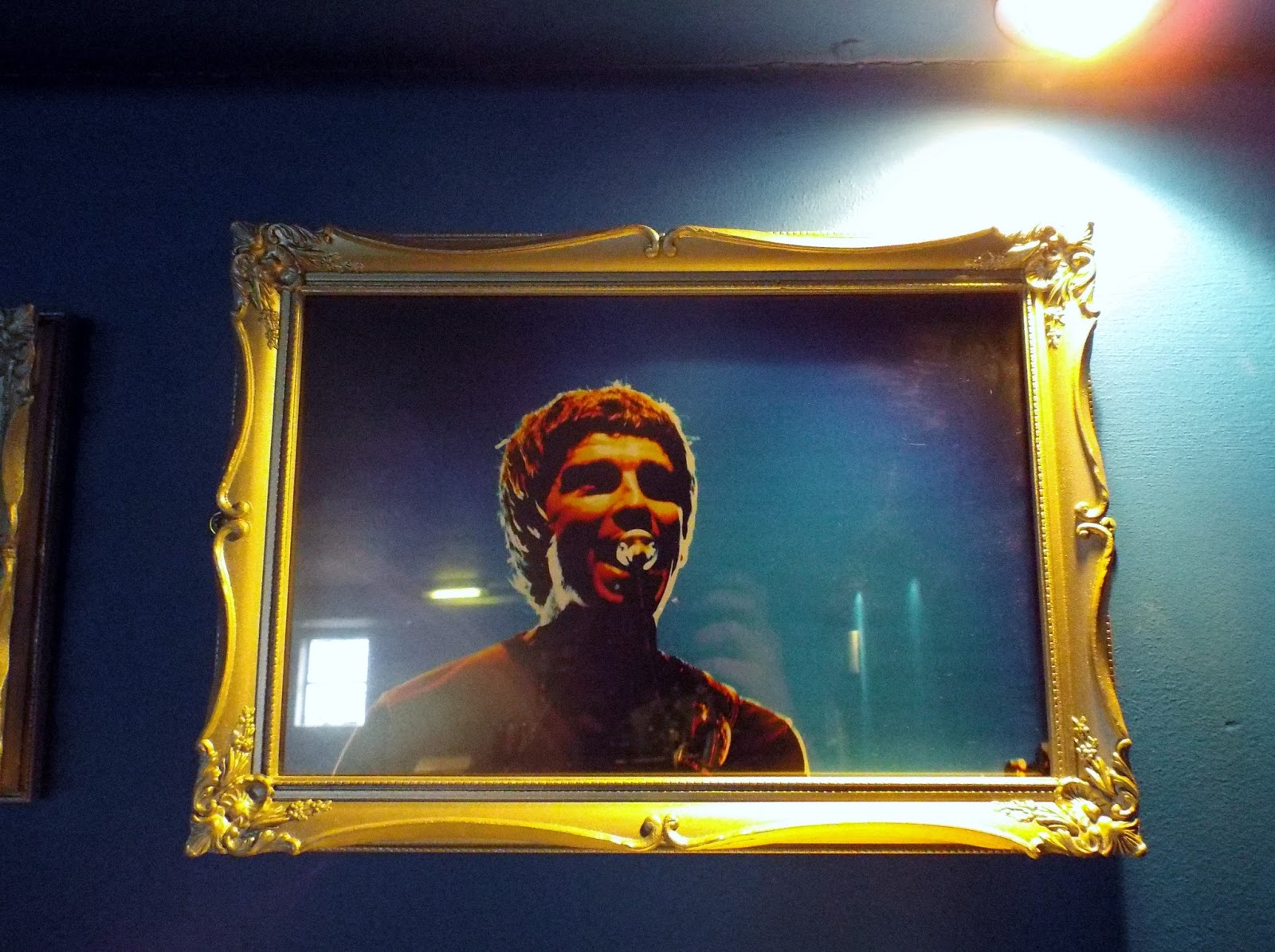 I love you Noel. 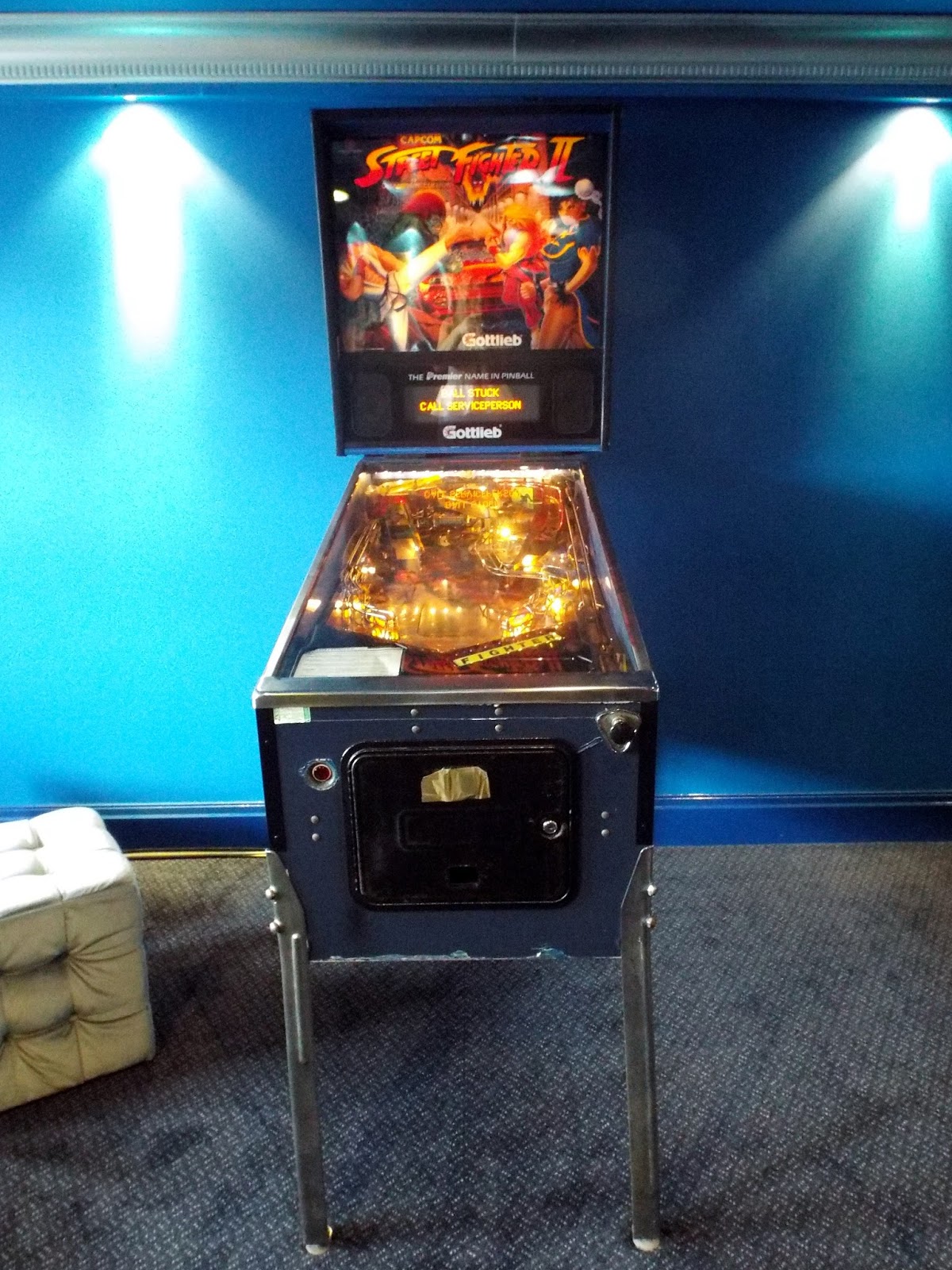 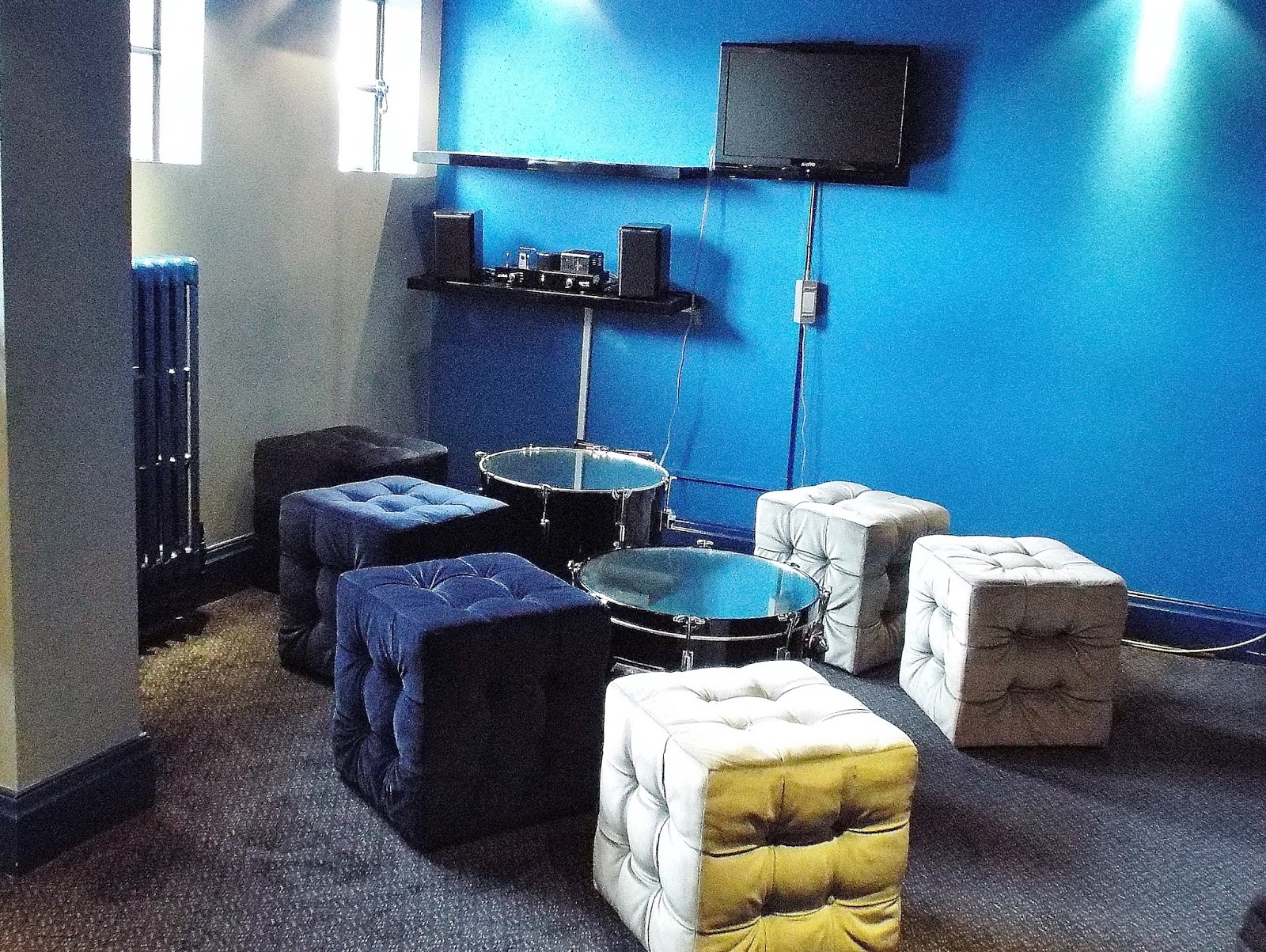 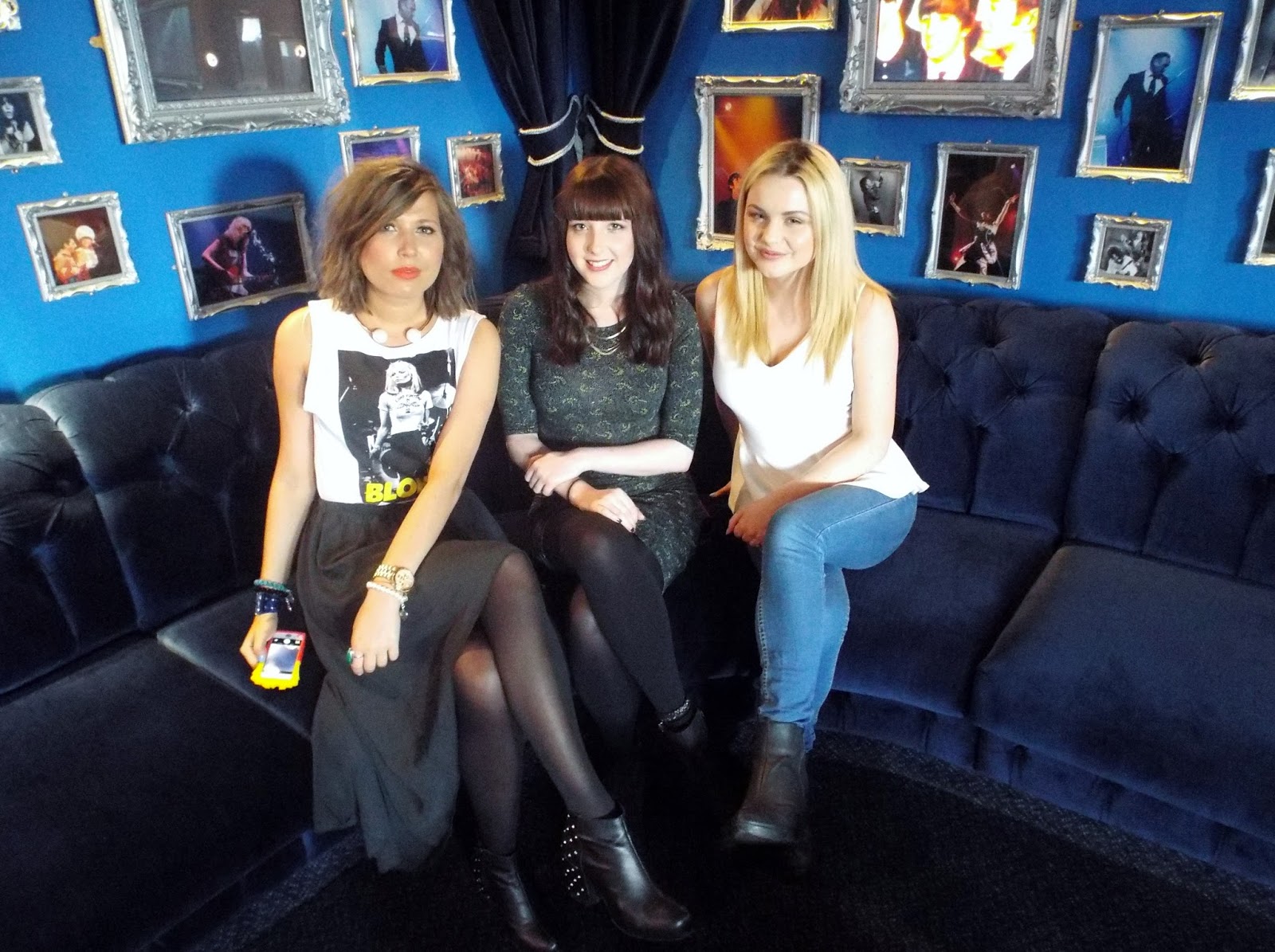 With Irena and Sarah 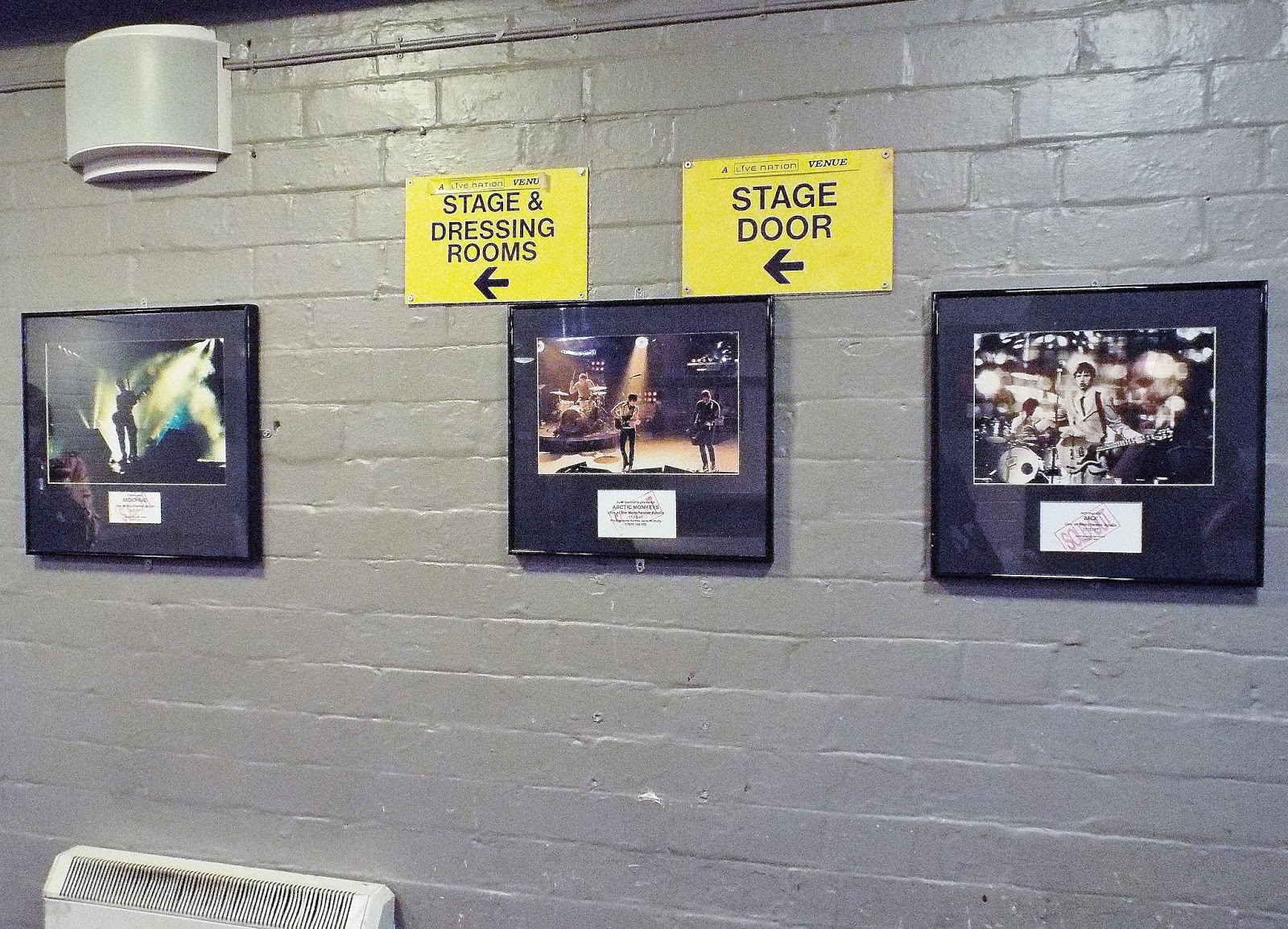 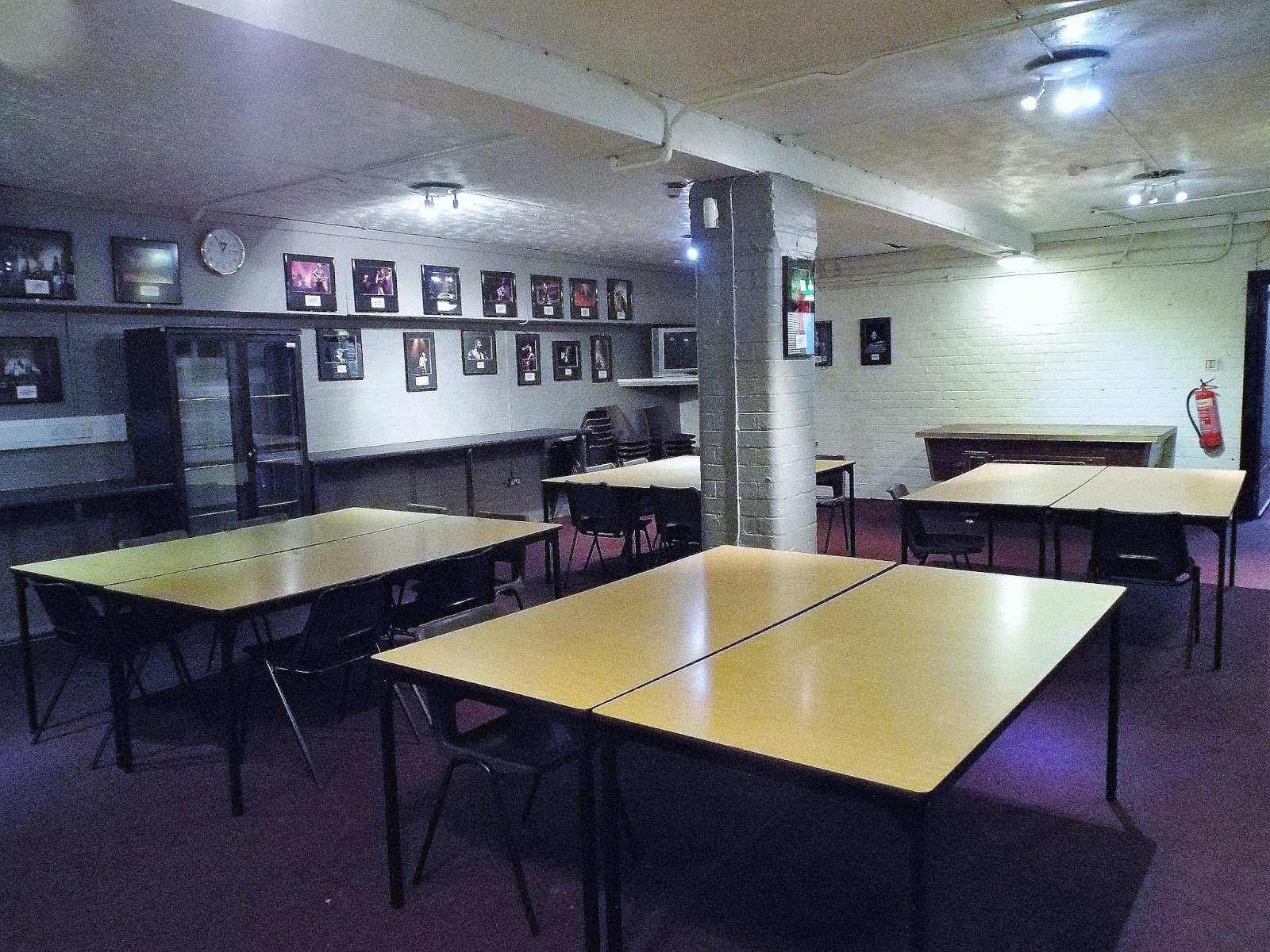 We got the chance to have a nosey at the green room, which is a place where all of the tour crew, including the artists, go to eat, drink and relax. This room is also filled with photos, including Peter Kay! 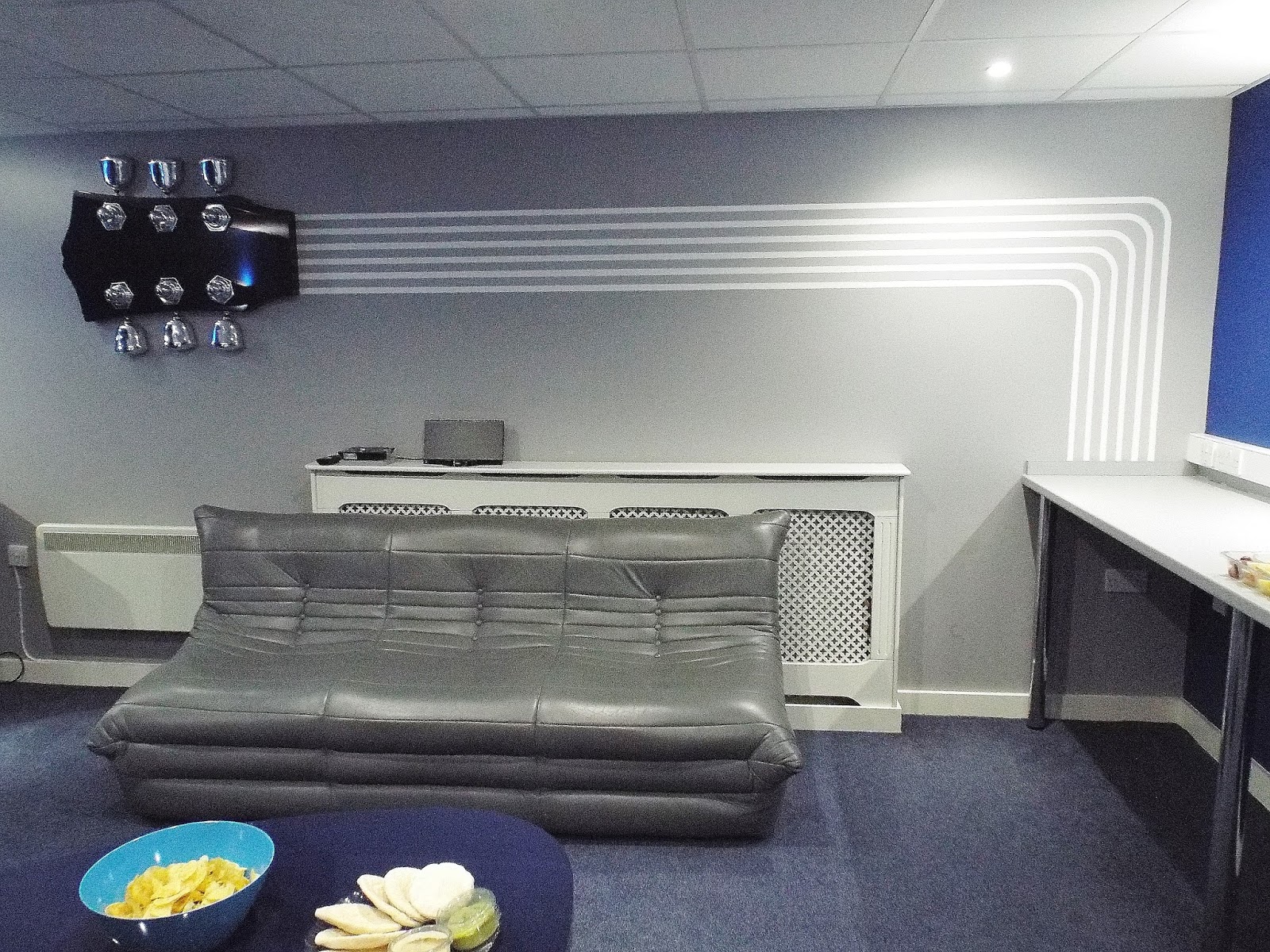 We were then taken to the new dressing room which was so cool – have you seen the big guitar on the wall? We were given the VIP treatment with a selection of refreshments and nibbles, with even the option to choose our preffered M&M’s colour! Celebrity makeup artist Gemma Aldous gave all three of us a makeover which was amazing as she has worked on so many stars such as Micheal Buble and Yoko! 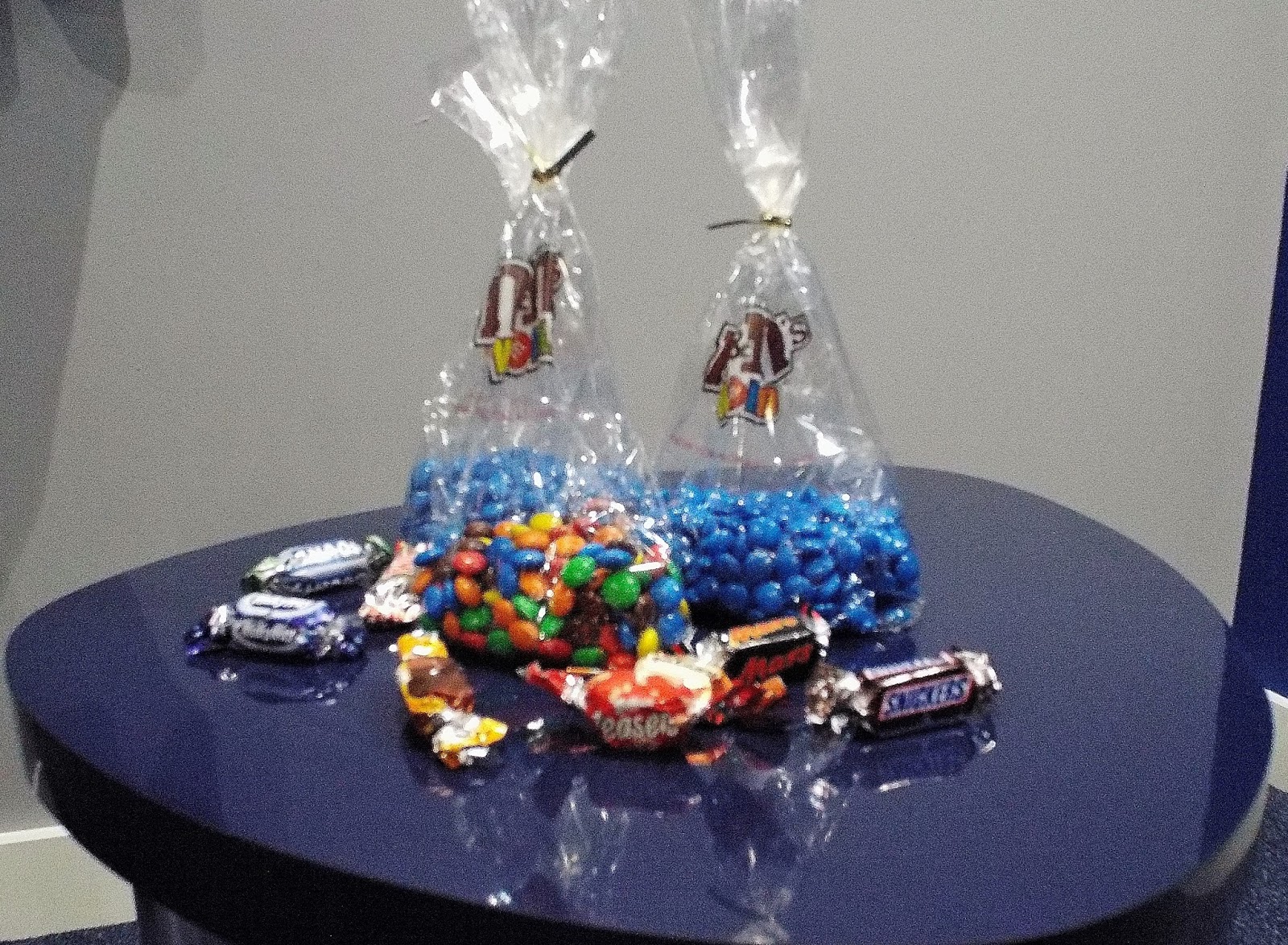 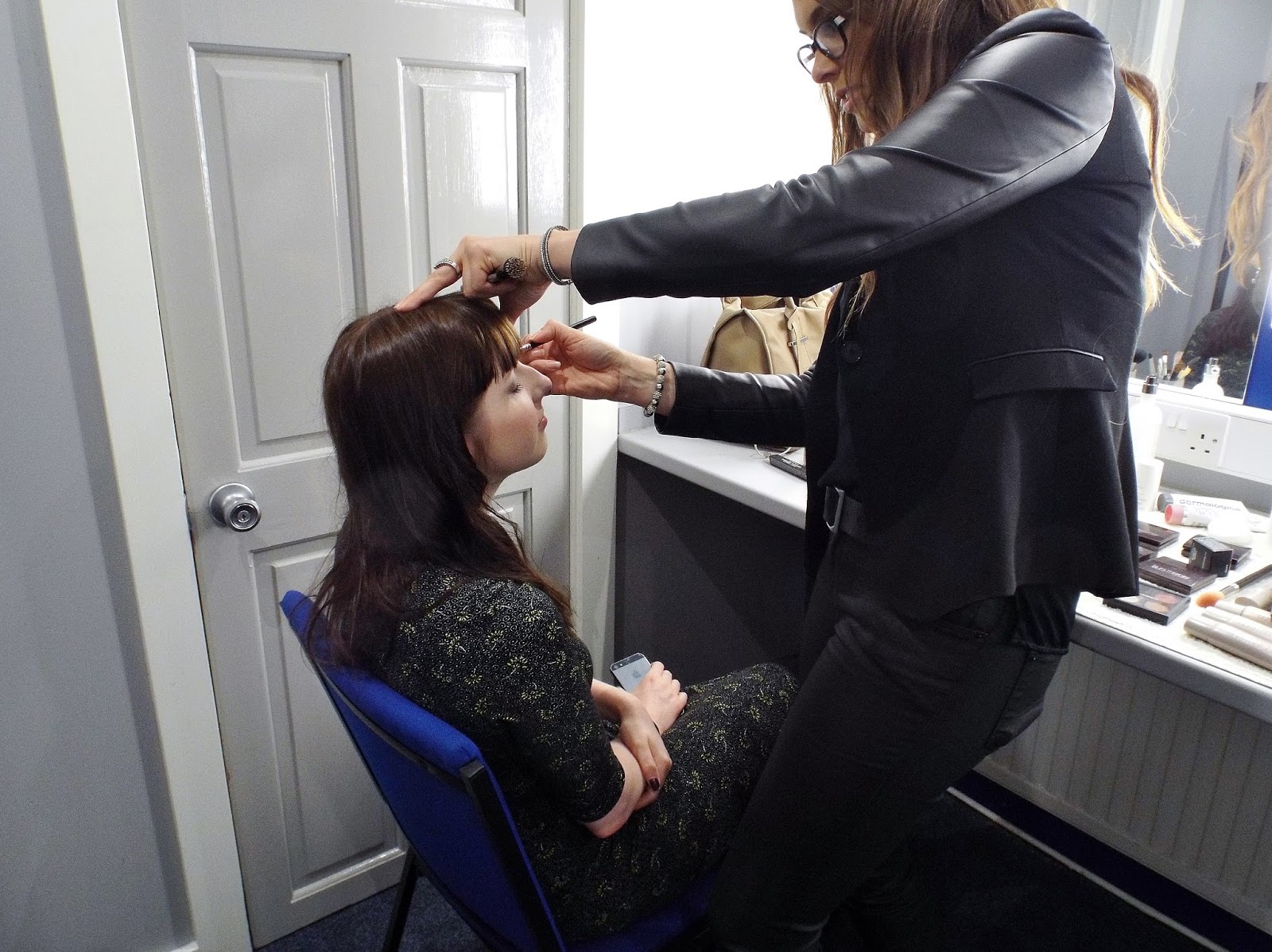 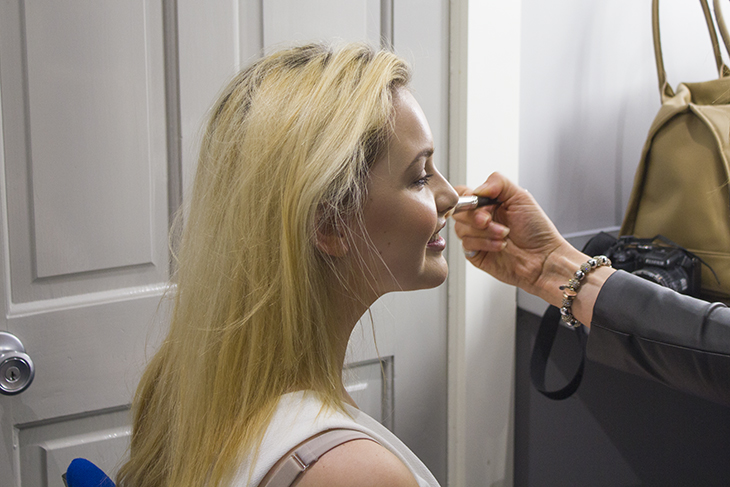 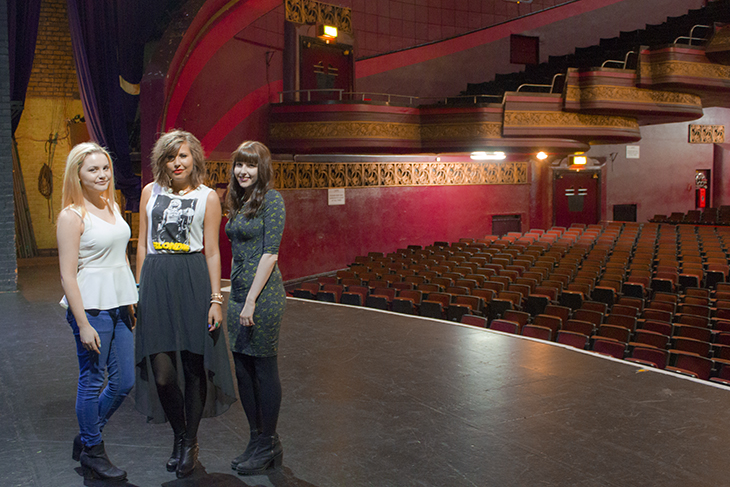 The day ended with us taking the legendary walk from the dressing room to the stage which was amazing, yet kind of eerie because it was so empty! Our lively crowd must have bought a load of invisible cloaks if you ask me!

I had such an amazing day and the O2 staff and everybody involved were such lovely company and were so kind. The next concert I go to (which will be very soon, I hope!) will hopefully be here as I would love to return as a part of the crowd and remember that I was once up there, and hopefully when I do, it will be as an O2 customer so I can have the full experience.

Thank you for reading,